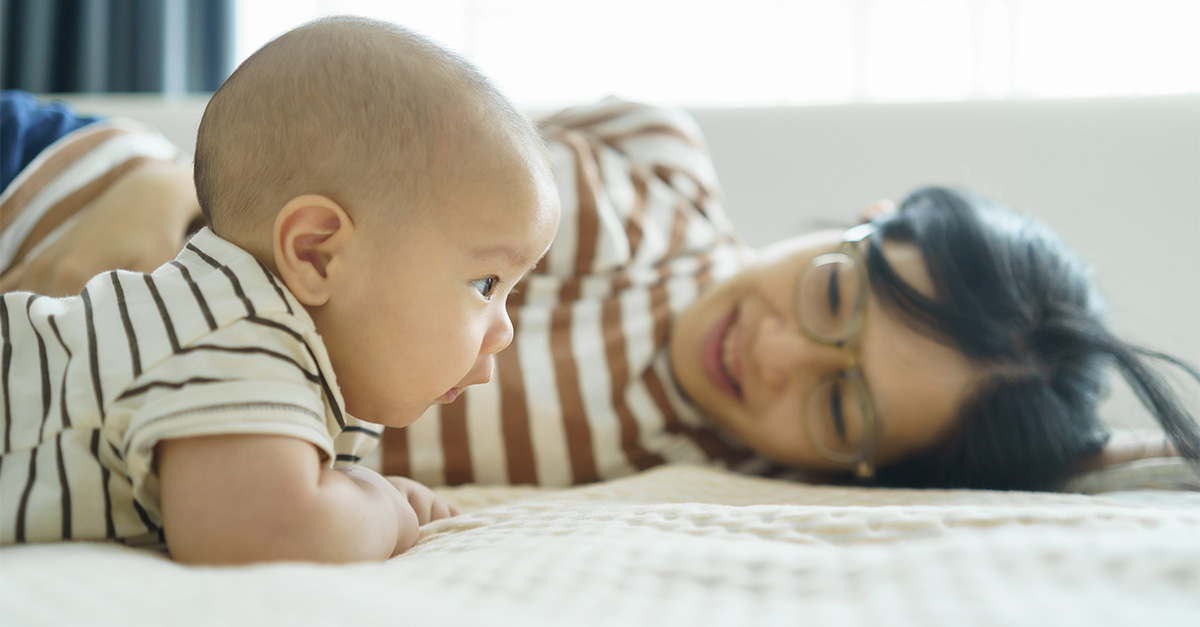 If your child’s scrotum is significantly swollen on one side or the size fluctuates, this can be the sign of a hydrocele or inguinal hernia. Pediatric groin hernias, also called inguinal hernia, happens for a different reason than in adults, not because they strained themselves.

Around the time of birth, the processus vaginalis is supposed to shrivel up, closing the hole it created that helped the testicle get into the scrotum. For some children this hole doesn’t close, leaving an open passageway from the belly into the scrotum that can let fluid or intestines through depending on the size of the opening.

The size and shape of a patent processus vaginalis is different for every kid with a hernia. Some openings are very small, act as a one-way valve, or are medium sized letting just fluid in and out. Some of these openings are bigger, letting intestines into the scrotum.

Is This a Problem?

Hydroceles are very common in newborn boys and the vast majority go away on their own within a few months. This may represent some fluid that was trapped in the scrotum after the processus vaginalis closes, or a processus that closes soon after birth. Watchful waiting with your doctor is usually recommended if the swelling is due to fluid only and present since birth.

If scrotal swelling presents itself after the newborn period, in a school aged child or older, surgical correction is usually recommended. Remember, hydroceles and hernias are usually considered to be the same thing in kids until proven otherwise. The concern with a fluid filled hydrocele is that the opening that is allowing fluid from the belly into the scrotum can grow with the child, and a small opening can become a big opening that can allow intestines into the scrotum.

A larger opening allows bowel to pass from the abdomen into the scrotum where the bowel can be felt on a physical exam. This can be a problem. Intestines aren’t made to pass through the inguinal canal, and its possible a segment can get trapped in the scrotum.

This is called an incarceration, where the bowel is trapped and can’t get pushed back into the abdomen. An incarceration is an emergency and can often be addressed by a doctor in the emergency room. However, an incarcerated segment of bowel can get trapped so tightly that it cuts off blood flow to that segment, sometimes to the point that segment of bowel can die. This is bad, causing significant illness and sometimes lifelong problems.

Hydroceles present since birth are observed if bowel isn’t present in the scrotum on a physical exam. Surgery is recommended if bowel is present. Most hydroceles present since the newborn period go away on their own over the first 12-18 months of life, and your pediatrician or urologist will keep a close eye on them to make sure everything is okay.

Surgery is recommended to fix hydroceles that are found after the newborn period. This is done in the operating room, in the hospital or outpatient surgery center. The surgery takes about 30 minutes. You child will be asleep under general anesthesia and usually go home the same day.

There are many, many techniques to fix a hernia and studies show all are just as good. The best method is the one your surgeon is most comfortable with. Most hernias are fixed through a small 1-2 cm incision in the groin crease. The processus vaginalis is tied off with a stitch, and the fluid is removed from around the testicle.

Unlike hernias in adults, permanent mesh or other reinforcing material is never used in kids because hernias in kids are not caused by a tear or defect in the abdominal wall. Instead, they happen because a structure that’s part of normal development was supposed to shrivel up and close but didn’t.

What to Expect After Surgery

Children usually do better than parents think they will. Tylenol and Motrin are usually enough for pain, and they can go back to school or daycare 3-4 days after surgery. In young kids, parents are asked to avoid putting them in very active situations, such as trampolines, the playground, and riding toys. For older kids, its best to take it easy, including avoiding sports and PE for about 3 weeks, then gently ease back into their usual routine.

For more information on swollen scrotums in children, make an appointment with a pediatric urologist at Georgia Urology by scheduling online or calling one of our office locations.

The Growth of Robotic Surgery in Pediatric Urology

The Importance of Pediatric Urology

Suspect Your Child Has a UTI? Here’s How to Help 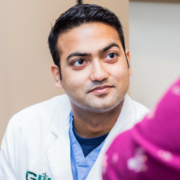 Three’s a Crowd: Georgia Urology Physician Uncovers Rare Case of Ureteral Triplication
Suspect Your Child Has a UTI? Here’s How to Help